Fight for the Cursed World in Miyazaki’s “Princess Mononoke”

In 1995 Hayao Miyazaki took a group of artists and animators to the ancient forests of Yakushima, which inspired the landscapes in the film. At the beginning, the narrator says:

“In ancient times, the land lay covered in forests, where from ages long past, dwelt the spirits of the gods. Back then, man and beast lived in harmony, but as time went by, most of the great forests were destroyed. Those that remained were guarded by gigantic beasts… who owed their allegiance to the Great Forest Spirit, for those were the days of gods and demons.”

Miyazaki’s vision of the “days of gods and demons” seems to be inspired by the ancient Japanese religion, still practiced today, Shintoism. Kami are the spirits that are worshipped; they are not separated from nature, but are of nature. In Jean-Jacques Rousseau’s vision of the life of prehistoric man, a savage lives in accordance with nature and in peace with animals. He states: “no animal naturally makes war upon man, except in case of self-defence or extreme hunger, nor expresses against him any of these violent anthipathies.” He also writes: “Nature speaks to all animals, and beasts obey her voice.” On the other hand, in Princess Mononoke man and beast wage war against each other.

It is a tale of corruption, of both beast and man. The corruption of man can be found in two different shapes. The enemy of both “industrial man” and beasts are the Samurai (Miyazaki seems to follow the tradition of great Japanese directors Masaki Kobayashi, Kikachi Okamoto and other New Wave directors in this matter); the enemy of beasts are men who possess iron. The Samurai are corrupt since they follow the authoritharian form of government in which some are oppressed and others rule, while the “industrial man” is corrupt because he uses technology, namely, iron, to subdue nature and other men. Rousseau also writes: “It is a very difficult matter to tell how men came to know anything of iron and the art of employing it… mines are formed nowhere but in dry and barren places… so that it looks as if nature had taken pains to keep from us so mischiveous a secret.”

Rousseau sees the discovery of iron and agriculture as a great step toward man’s tyranny over himself, other men and nature itself. It is no coincidence that in Miyazaki’s animated movie man possesses iron which destroys animals and turns them into demons. Prince Ashitaka is touched by the demon and becomes cursed himself; his hand wants to murder Lady Eboshi, while his mind remains uncorrupted. He serves as a mediator between the Beasts and “industrial men”, while he makes no fine moral judgments regarding the Samurai, the relics of the Japanese past. 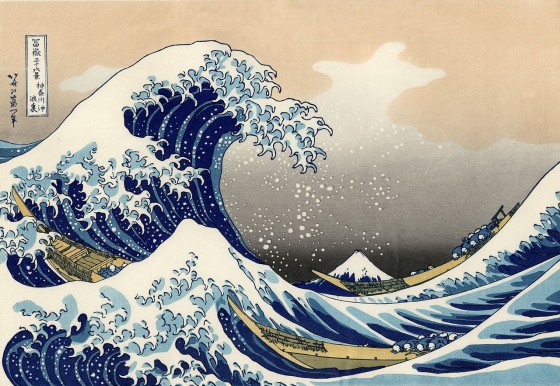 In Princess Mononoke the nature is abused and it hits back, turns against man. The Beasts wage war against man, while their sovereign, Forest Spirit guards over them. This can be seen as a parable directed against contemporary man’s behaviour toward nature. His machines destroy it and nature “fights back” in the form of hurricanes and earthquakes. In the last few decades, the number of hurricanes in the world has tripled, and indicators show that this happens as a consequence of man’s actions.

Thus, Princess Mononoke is an environmentalist film, but its scope is even greater. The corruption of man is demonstrated by numerous examples; his lust for power is endless and he will stop at nothing to achieve that goal. It is symptomatic that the Emperor wants Forest God’s head to achieve immortality. The moral is that he will not get immortality, but he will only engineer his own destruction. The film ends with Lady Eboshi advocating  a return to the traditional form of life and states that she will build a village and live in accordance with Nature. This is fairly optimistic, it is a fantasy of reunion with our own essence.

Note: This lullaby perfectly captures the feelings princess Mononoke experiences throughout the film

Life is suffering. It is hard. The world is cursed. But still, you find reasons to keep living.

The aforementioned line reminds one of the works of Arthur Schopenhauer. He was well-versed in Indian philosophy and compared his philosophy to Buddhism. Schopenhauer’s anthropological and metaphysical pessimism emphasizes that to live means to suffer. Prince Ashitaka, although aware that he is cursed and is about to die, has the will to continue striving and fighting for what is good and just; he is a heroic figure. Princess Mononoke often calls him human; in other words enemy, yet he chooses not to take sides and strike whenever it is needed against those who bring chaos and disorder. Living in this world may entail suffering, Osa implies, but the moral of Princess Mononoke is the necessity to find the will to continue fighting. When all hope fades, those who can bring change by a heroic act or seemingly small acts ( e.g. of compassion), are the people who, against all odds, bring order and harmony into the world.